From Athens to Limassol. Stoping at many Greek islands in between. Bypassing all the overcrowded over-touristy islands.

The railway carts travelers to central Athens's highest peak, which offers stunning vistas of the city.

Inner garden, where you can dine, drink, listen to music, party, and socialize at the many tables between tall trees.

Hop on the tram at downtown Athens towards Glyfada. The tram stops next to all the major beaches along the coast of Athens Riviera.

Because of its constant and comfortable water temperature, the lake functions as a year-round spa with underwater thermal currents

Former mine and shelter

First SPA in Greece appreciated even by Greek royals

Astoundingly green with vast forests and valleys, blessed with numerous famous local produce like wine, cheese and olives, yet filled with examples of Cycladic culture.

Get filled with aromas and tastes

Drop by Halki, a citrus distillery in Drimalia, if you happen to pass through the center of the island

Snap yourself a souvenir and learn a few things

Astypalea is a small, butterfly-shaped island, peaceful and not touristy. Here you will find numerous secluded beaches, Hora village on the slope of the hill, crowned with Venetian Querini Castle, and perfect nature for rock climbing and mountain biking.

Wild topography and limestone rocky terrain are ideal for rock climbing. There are 20 tracks of varying difficulty equipped with stainless M10 plugs. Book your tour at the camping center 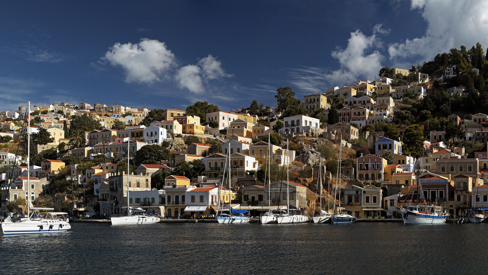 There are hiking trails in nearly all corners of the island. 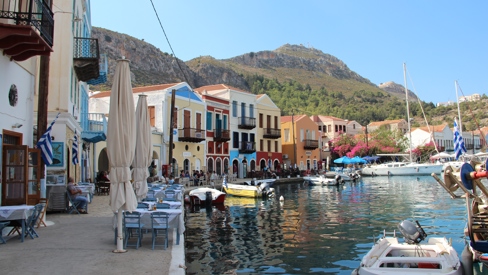 Eastern edge of Greece, Kastellorizo, or Castelrosso, for “Red Castle”. The island sits on the traderoad between Asia and Europe. Turkish coastline is only two nautical miles away. Residence of the order of medieval knights sitting opposite the homeland of St Nicholas.

One of the largest and most beautiful caves of Greece

Castle of the Knights of Saint John

The origin of the island’s name, the Red Castle.

Developed city with a charming old town part. Walk through its smaller central streets and witness a unique blend.

Mountain chain, of which Mount Olympus is the highest point, shows unusual brown stone that represents the escape of the Earth’s mantis, a rare geological phenomenon, that you cannot otherwise touch so easily. The chain is surrounded by picturesque nature trails. It is also possible to book a tour and ascend to the top of mount Olympus with a group on donkeys.

Set on a path towards the big Millomeris waterfall. This path, which starts at the Pano Platres church, is short but very challenging, where you will be rewarded with great mountain views at the top.

Get rewarded on the path of Atalanta, which is two times longer and tougher than the path of Artemis, with the spectacular views, smells of black pine trees and groves of 800 years old juniper.