500TH YEAR ANNIVERSARY OF FERDINAND MAGELLAN´S CIRCUMNAVIGATION OF THE WORLD

5 Rules for wildlife watching in the Arctic

On September 20, 2019, a worldwide flash mob took place in honor of the 500th anniversary of Fernand Magellan's first around the world sailing, which was created to unite individuals and legal entities with the aim of preserving the world's maritime heritage and popularizing maritime professions that allow to add invaluable contribution of sailors to international trade, the world economy, and the development of civil society.

Worldwide flash mob in honor of the 500th anniversary of Fernand Magellan's first around the world sailing.

On September 20, 2019, a worldwide flash mob took place in honor of the 500th anniversary of Fernand Magellan's first around the world sailing, which was created to unite individuals and legal entities with the aim of preserving the world's maritime heritage and popularizing maritime professions that allow to add invaluable contribution of sailors to international trade, the world economy, and the development of civil society. It is dedicated to millions of professionals who have linked their lives to sailing, as well as to all those who are in love with the seas and oceans.

Organizers of the flash mob were the International Marine Club "Seafarer", the World Alley of Sailors' Glory, the Ministry of Maritime & Bottled Post and the International Organizing Committee for the preparation and holding of the World Flash mob in honor of the 500th anniversary of Fernand Magellan's first around the world sailing.

Organization and holding of the World Flash mob in honor of the 500th anniversary of the first round-the-world voyage of Fernand Magellan with the participation of 100+ marine transport and navigational vehicles and 500+ participants from different countries of the world, different nationalities, religions, professions, had one major goal - preservation of the World Maritime Heritage.

This goal meant preserving the memory of mankind's greatest achievements, expression of gratitude to those by whom these achievements were made, the union of a huge number of people in the name of this memory and gratitude, in the name of new achievements, and the commemoration of the 500th anniversary of one of the greatest events in human history - the first rough-the-world voyage.

Ferdinand Magellan's first in the world voyage around the globe.

Ferdinand Magellan, a seafarer, set off on a journey around the world half a millennium ago, on September 20, 1519. The enterprise, conceived as a commercial expedition, became one of the main events of the 16th century.

The Trinidad, San Antonio, Santiago, Concepción and Victoria ships, carrying approximately 280 people, set sail from the Spanish port of Sanlúcar de Barrameda. Like Christopher Columbus, Magellan adhered to the idea that the Earth is round, which means that traveling to the West will lead to the East.

When crossing the Atlantic Ocean, the ships never lost sight of each other thanks to the signaling system invented by Magellan. The flotilla passed along the Atlantic coast of South America. In October 1520, using the remaining three ships, sailors managed to go around the New World from the south along the strait in 38 days, which then received the name of Magellan. On November 28, they entered the ocean, called the Pacific Ocean, because not a single storm occurred in its waters during the four months of navigation. However, the flotilla had to face another problem - hunger and scurvy.

“For three months and twenty days we were completely deprived of fresh food. We ate rusks, but they were no longer rusks, but rusk dust mixed with worms that ate the best rusks. It smelled strongly of rat urine. We drank yellow water that had rotted for days. We also ate the cowhide that covered the grot-grey, so that the shrouds would not fray; from the action of the sun, rain and wind, it became incredibly hard. We soaked it in seawater for four or five days, after which we put it on hot coals for several minutes and ate it. We often ate sawdust. Rats were sold for half a ducat apiece, but even for such a price it was impossible to get them,” - the chronicler of the expedition, Antonio Pigafetta, described the hardships of the sailors.

In total, the expedition covered more than 17 thousand kilometers in the Pacific Ocean. On March 6, 1521, the flotilla saw the island of Guam, and soon Magellan reached the previously unknown Philippine Islands, where he died in a skirmish with the natives. The surviving crewmembers fled to their ships and continued to sail to the West. On September 6, 1522, the Victoria ship completed the journey under the command of Juan Sebastian Elcano. The brought spices more than compensated for the loss of the rest of the ships.

Having set off to the West, the sailors returned from the East and proved that the Earth is spherical, and most of its surface is occupied not by land, but by water. In addition, Europeans crossed the largest of the oceans - the Pacific, opening a passage into it from the Atlantic.

Several geographical locations are named in honor of Ferdinand Magellan: Strait of Magellan; Underwater Rise of Magellan in the Pacific Ocean, near the Marshall Islands; Magellan spacecraft in 1990, Magellan penguin; crater Magellan on the Moon, and Large and Small Magellan Clouds in the Galaxy. 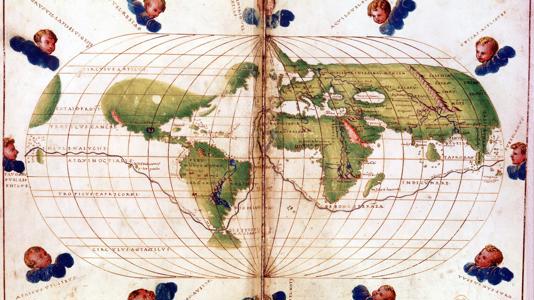 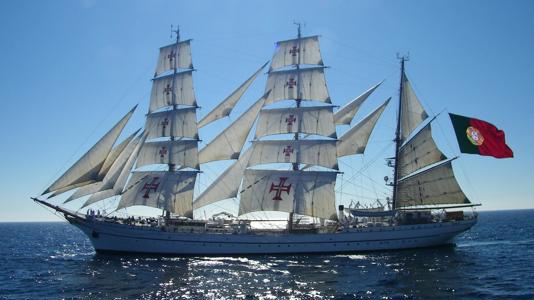 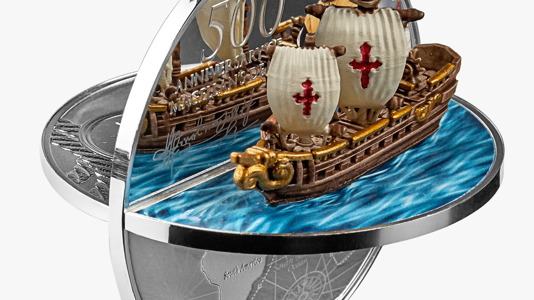