Or choose a snorkeling boat trip with a tender and equipment to about four of the surrounding area's top snorkeling spots, with ruins and shipwrecks to be seen as you snorkel on the surface.

Go a bit further to the ancient town of Limyra, one of the oldest settlements in Lycia, with remains of a Byzantine church and Roman theater. Hike to countless Lycian rock tombs near Fethiye.

Hunt for nightlife and countless resorts at Marmaris. Sail to the largest and historically the most important of the Dodecanese islands, Rhodes. Enjoy one of the best and the lengthiest trekking paths in Turkey, the Lycian Way, that connects cities of Fethiye and Antalya and lies close to the sea coast. 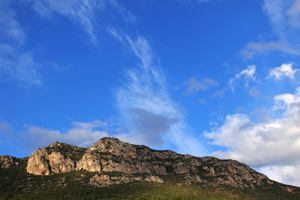 The Sleeping Giant is one of Kas’ greatest legends. It’s a distinctive rock formation on top of a mountain that was given its name because it looks like a sleeping giant. According to the legend, one of the Olympus gods was angry with Prometheus, a fisherman, and separated him from his love. The fisherman went to save his love, infuriating the god, who turned them both into mountains – one on Kas and one on Meis Island. It’s said that the lovers have been looking forward to the day they will be able to see each other again.