One of the most beautiful bays in the world. Tradition of seafaring unity prevails and continues on. Kotor bay is the southernmost fjord in Europe.

Huddled underneath the rocks of Mt Lovćen, bordered from the north by a short but violent river Škurda and to the west by an underwater spring Gurdić, Kotor has all the features of a Baroque town. Lurk and play in the labyrinth that is Old Kotor. It was built like a maze for protective purposes and it is very easy to get lost here. Even the locals get lost. Look for landmarks, such as the 12th century St. Tryphon Cathedral to navigate around the Old Town. Other crucial points are the Maritime Museum and public squares with funny names such as the Lattice Square, Flour Square, Milk Square and Cinema Square.

Use more landmarks to complete your tour around Kotor: Our Lady of Health church and Saint-Luke church. Get rewarded with the Kotor bay view and of the whole town on top of Castle of St. John. Walk along the perimeter Walls of Kotor as it is a big attraction of its own. This way you can get more privacy, space, and views of the river and a nice angle at the mountains of the bay.

Go to the next level by choosing between many hiking routes, like Top of the Old Kotor Trail. Any direction will guarantee that you will hold your breath not only from physical activity. Do not miss Perast town on the opposite side of Kotor bay, famous for ancient stone mansions, fortress of St. Cross, and as a gateway to Old Lady of the Rocks church on the islet nearby.

Enjoy the many gifts of Cetinje, the old capital of Montenegro. The area will present to you a natural reserve with wild nature and views of the bay and the plateau, and remote villages with local products like honey, jam, and home alcohol travarnica, travarica, and medovica.

Ride to Budva with its cute old town on the Adriatic coast, two fortresses and lengthy beaches going all the way to the picturesque village of Sveti Stefan. Observe fortifications of Venetian, Turkish and Spanish design in Herceg Novi and resplendent gardens and parks. 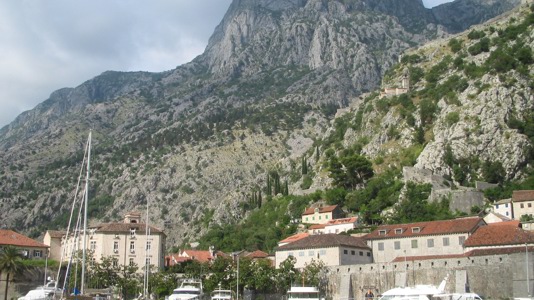 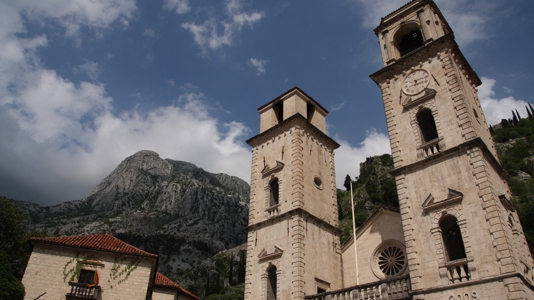 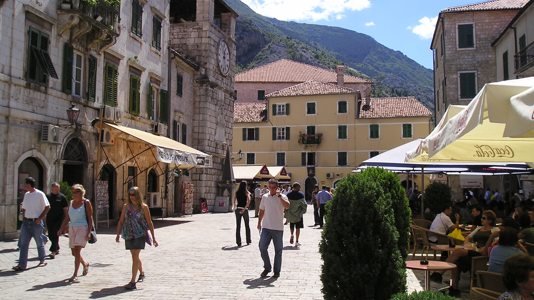 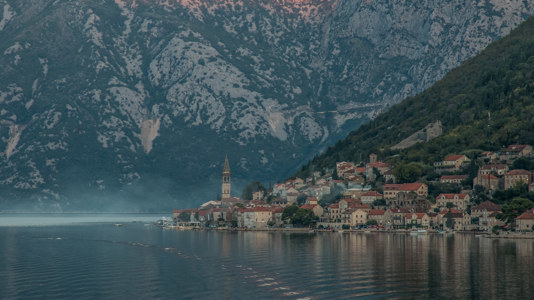 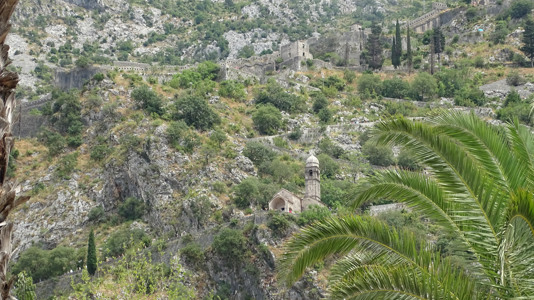 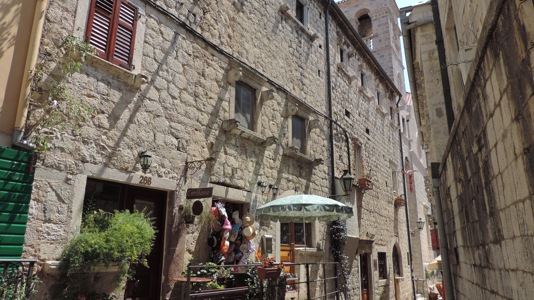 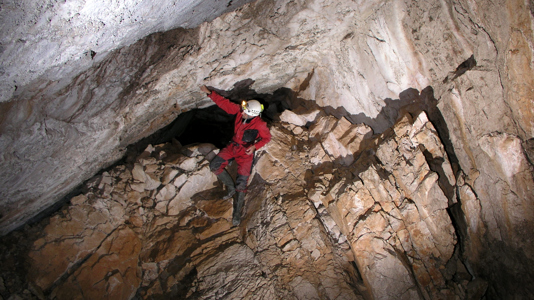 According to a myth, the fairy Alkima, has a palace on the hill Pestingrad, and decided to live on the slopes of the mountain. The affection she enjoyed saved her from the death the god Poseidon destined her for because of a disagreement he had with her.

It is believed in Boka that she lives above Kotor, and leaves the surrounding hills to wander and do good deeds in order to regain the angry god’s favour and forgiveness in order for him to allow her to return to the realm of the Greek gods.

Another legend about the fairy Alkima is related to the foundation of the town of Kotor. Namely, the legend says that the fairy Alkima advised mariners not to erect the town on the high hill Pestingrad, above Kotor, but to build it by the sea, because “without the sea, there is no life for them”. The mariners took the fairy’s advice, and in gratitude, she made a bridge to the neighbouring hill, away from Pestingrad, by using her powers. The bridge appeared similar to a large town gate, so it was called the Fairy’s Gate, a name which has persisted until the present day.

Once upon a time, the gods created a terrible storm in the Bay of Kotor, destroying everything in its path. The fairy Alkima was sailing through the bay, looking for her human lover. The relationship between the two was strictly forbidden, but such was the strength of her love that she continued on her way as the storm got stronger, and her boat began to sink. Several young men standing on the shore saw her plight and braved the storm to save her. Alkima offered them gold as a reward for saving her life. The young men refused the gold and instead Alkima gave them something that would last forever: the mimosa flower.

One of the other better-known myths and a story that is still recalled today is that of Our Lady of the Rocks, a man-made islet in the Bay of Kotor created from rocks and the wreckage sunken ships. Legend has it that the islet was formed as a result of a local sailors’ oath that dates back to the 15th century. Sailors from Perast found a picture of the Virgin Mary and the Christ Child on a solitary rock in the bay in 1452. Subsequently, after every successful voyage they would add more rocks to the exact spot so that eventually a church could be built on top. The tradition continued down the centuries and is still honoured today. Every year, at sunset on 22 July, local residents celebrate fašinada, rowing out and throwing rocks into the sea to widen the surface of the islet.

The most famous authentic legend about the foundation of Budva was told by Stefan the Byzantine (6th c.) who reported the statements by Philon of Biblos from the second century AD, and it is related to a mythical character Cadmus, a hero from Boeotia and founder of the town of Thebes, the son of the Phoenician king Agenor and queen Telefasa.

Cadmus left his homeland in order to find his sister Europa who had been carried off by Zeus. Unsuccessful, he consulted the Delphic oracle, which ordered him to give up his quest, follow a cow, and build a town on the spot where she lay down. The cow guided him to Boeotia (Cow Land), where he founded the well-known city of Thebes, which he was ruling for many years. Gods gave him as a wife Harmonia, daughter of the divinities Ares and Aphrodite.

In their old age, Cadmus and Harmonia were expelled from Thebes, and on an oxen-drawn carriage came to the land of Encheleae (Enchelleae), where they founded a new town – Budva (Bouthoe).

According to the legend, the name of Budva derived from the Greek word for oxen (in Greek language: bous – oxen).

It was prophesied that Encheleae (Enchelleae) would defeat their neighbours, the Illyrians, if they chose Cadmus as their leader. After doing so, led by Cadmus, they defeated the Illyrians and assumed control over their land.

There, Harmonia bore a son to Cadmus, named Illyrion. Towards the end of their life, Cadmus and Harmonia were punished by gods for killing a dragon, who was Ares’ son, and changed into blue-spotted serpents. Their grave, according to the legend, is somewhere on the territory of Boka Kotorska or Drač.