Land formed by giants, admired by gods and conquered by forests. The Queen of Sporades remains unspoiled by tourism. Travel around the coast that is nearly all full of beaches. In addition, Mamma Mia movie was shot here.

Start off on the island with Skiathos town and first check the Clock Tower at the top of the town. It will give the most amazing view of the island. Picture yourself on a movie set on the streets of Skiathos town as it was one of the two locations for Mamma Mia.

Get some souvenirs at The Blue House Art Gallery, where you can find a collection of unique handmade jewelry. Don’t forget the Skiathitiko Spiti Museum, featuring a typical house in which the islanders used to live and where the interior is preserved from old times. Browse the collection of ecclestiastical icons in the Church of the Three Hierarchs or the Three Bishops.

Fulfil yourself with joy at Skiathos Donkey Club. At this farm visitors can get to ride them and also feed them. Have you ever tried to stroke donkeys’ ears? It is a lovely feeling.

Walk around the remains of the old capital, Kastro, where there is a beach nearby, ideally accessible by a boat or a tender. Choose between more than 60 beaches on the island. Pick one of the most famous ones, Lalaria beach, only accessible from water, with the beautiful rock formation extending into the sea. Ride south to the Koukounariés beach, surrounded by pine forest it has been voted the third most beautiful beach in the Mediterranean.

Swim and climb into peculiar Skotini and Galazia caves close to this beach. Galizia or the Blue Cave is so large, that natural daylight freely streams inside and allows you to thoroughly observe the cave in all its details.

Dine with a sea view and appreciate local seafood at countless relaxing restaurants all over the island. 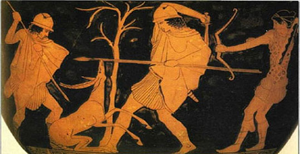 Otos and Ephialtes were the naughty sons of Iphimedia and Poseidon, who liked challenging the gods. They were giants in size and were difficult even for gods to vanquish. During one of their clashes, they got so mad that they started throwing rocks to each other. These rocks ended up in the sea and this is how the island chain of Sporades (Skiathos, Skyros, Alonissos and Skopelos) was created. Both giants slayed each other with spears, tricked by Artemis, who turned into a deer.

One theory of the name Skiathos is that it is derived from one of the names of Dionysus, Skianthios, who was mostly worshiped on the island. But the main theory is that its first inhabitants, Pelasgians, named it after the shadow of Mount Athos. 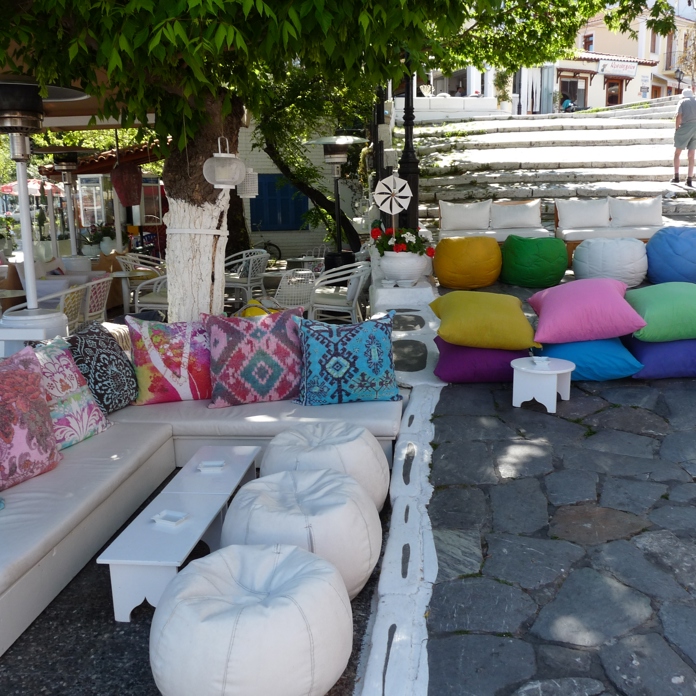 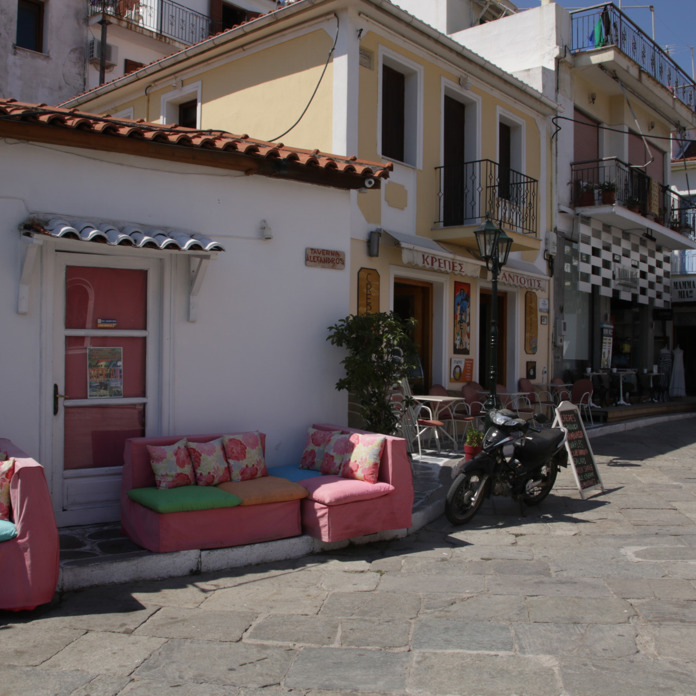 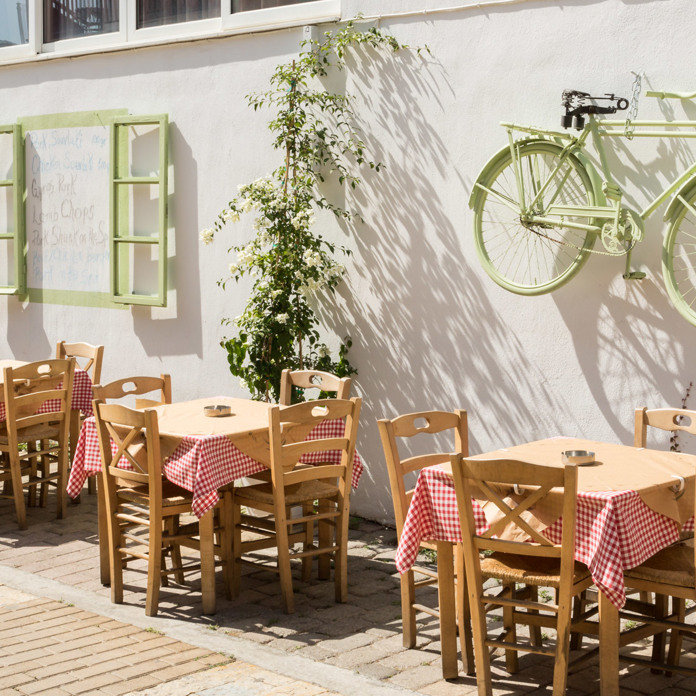