The island of spectacular scenery and activities. Red sand beaches, amazing views from the cliffs, traditional villages and full list of amenities.

Explore the splendid sites in the town of Fira that include incredible views of the sea and the nearby volcano, complex mosaics in the church of Hypapante and many others. Feel yourself like in a giant castle traveling around the island that mixes natural heights and levels of town and village life. Touch ancient history at one of the most relevant archeological sites in Greece, Akrotiri. Meet the sunset in the Castle of Skaros in the village of Imerovigli. Learn traditional crafts at the workshops in the Monastery of Prophet Elias.

Embrace tranquility in thermal springs on the beaches of Plaka and Thermi. Trespass for a filled up walk to beaches of Perissa, Perivolos and Vichada, and the local castle, through the mountainous village of Emborio. Among other prospects, Santorini is a paradise for hiking and kayaking. You will have access to complete gear for those and other watersports equipment aboard our ship.  Choose the climbs or choose the photo safari on a boat or a tender around the coast of Santorini.

Dine at any of the exclusive spectacular restaurants of Santorini as if floating in the sky atop these volcanic landscapes. Feel the Everything Greece at traditional villages of Megalochori and Oia, topped with great local wine culture. 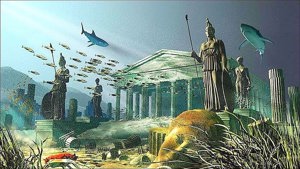 Legend has it that Jason and the Argonauts stopped at the neighbouring island of Anafi, where one of the Argonauts, Euphemus, had a son there with a nymph. To hide the child from divine wrath Euphemus threw a clod of earth into the sea and it grew into an island, which was first named Thera, after his son Theras, and is now known as Santorini.

Evidence exists to think of Santorini as the land of famous ancient Atlantis. The island lost much of its land due to volcanic eruption many centuries ago. Before the event it hosted a colony of prehistoric Minoan Civilization, whose inventions became the base of Greek culture in the Antique period.
One of Bellerophontes’ quests was a challenge assigned by king Proito to slay the Chimera, which lived in the caldera of Santorini.

The eruption of Santorini is believed to have a direct connection with Zeus’s storm to punish the whole humanity. It is said that the only survivors of the storm were Deucalion, son of Prometheus and his wife, Pirrha.

Another version of the reason for Santorini's shape concerns a major flood that was caused by Poseidon’s anger with Athena in a battle as to who would govern Athens. 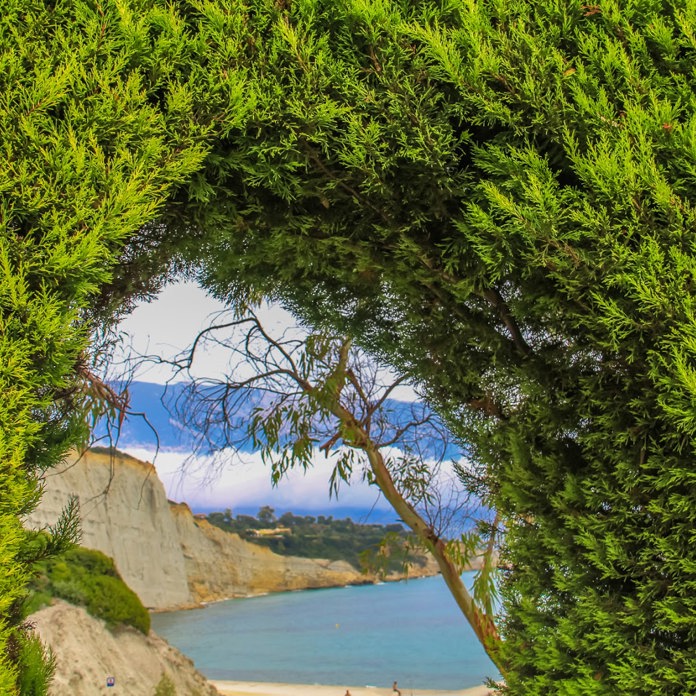 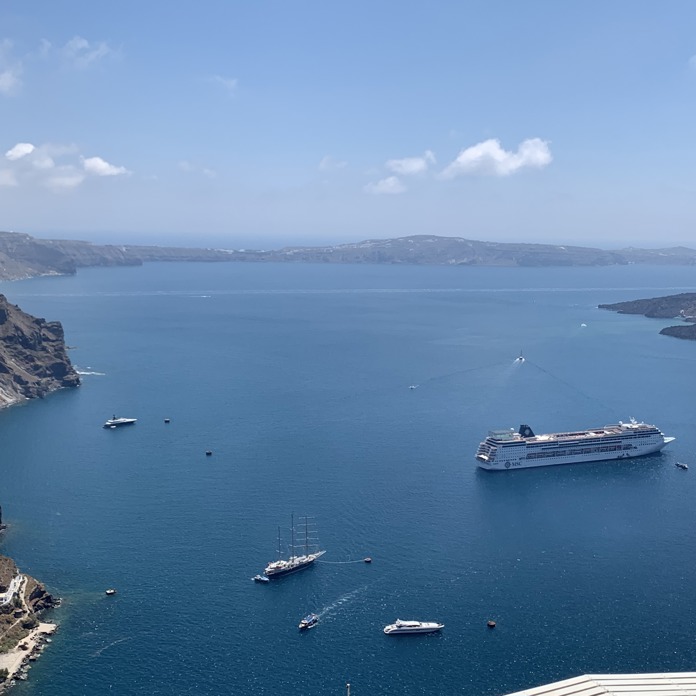 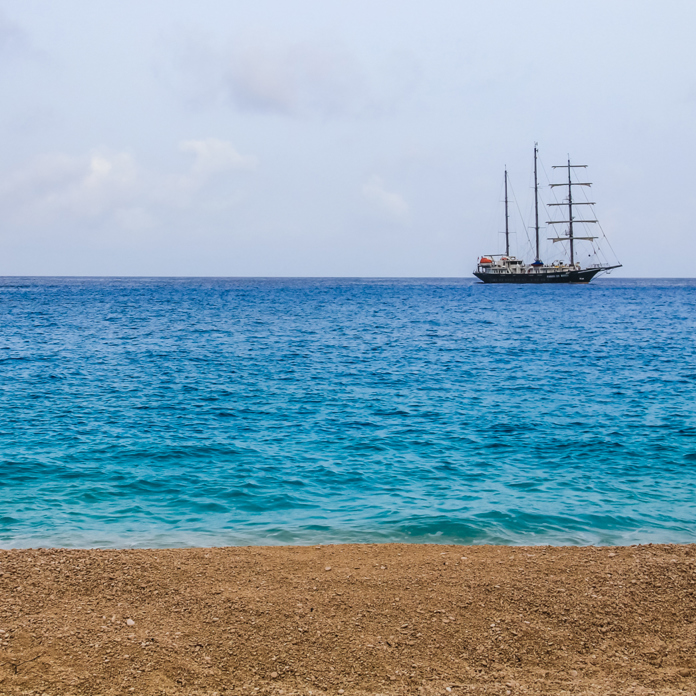 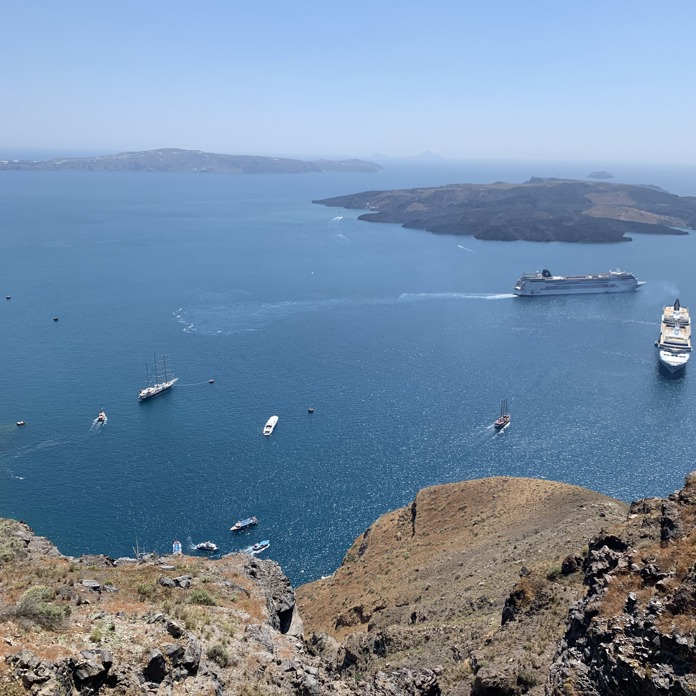