Nafplio is famous for numerous fortresses, monasteries and the Medieval Old Town. It is a perfect start point to explore ancient Mycenae, Argos and Epidaurus.

Stroll along Megalos Dromos - the most characteristic promenade in Nafplio. Explore Psaromahalas - the most picturesque neighborhood that existed since the 15th century. Cars are not allowed here. View the Building of Voulefticon, which was the first Greek parliament, then a school and a prison, and now a conference room and the Municipal Gallery. Visit the Church of Agios Spyridonas with Byzantine icons and paintings of unusual themes. The first political assassination in Greece also took place here.

Rent a boat to reach the 15th century Castle of Bourtzi. It is a fortified islet that served as the residence of the executioner, hotel and now hosts the Music Festival. Climb up 999 steps to get into the Fortress of Palamidi, one of the most impressive in Greece. It has eight bastions and hosts Agios Andreas, the best preserved church in Nafplio. The fortress took its name after Trojan hero Palamedes. Watch a theatre play in the 16th century Mosque of Trianon. Meet items of Argolis from the Neolithic to Roman periods in the Archaeological Museum. Ascend to the Fortress of Acronafplia, the oldest castle of Nafplio. Visit the Church of Agia Sofia, the oldest one in Nafplio. Watch the sunset from the Lighthouse. Visit the Church of Agios Georgios, the metropolis of Nafplio. Observe the Land Gate, which was the sole entrance to the lower city in 18th century. Access was only possible via a wooden drawbridge and was closed after sunset. Drive to the 12th century Monastery of Agia Moni. Its Byzantine church of Zoodohos Pigi is in excellent condition.

Try ouzo in the Distillery Museum of Karonis, one of the oldest distilleries of Greece. Learn about the process of making worry beads in the one-of-a-kind Komboloi Museum. Enjoy the exhibition of rosaries and prayer beads nearby. Visit the Peloponnesian Folklore Foundation ‘Vasilios Papantoniou’, which was awarded the European Museum of the Year Award.

Take a guided tour to Mycenae, the most powerful town of Greece in 1.600 BC - 1.100 BC: Acropolis of Mycenae surrounded with cyclopean walls; the Lion Gate, the entrance to the town with two female stone lions above; cisterns, traces of houses and public buildings; the Grave Circle A and B, the two royal cemeteries; 1250 BC Treasury of Atreus, else known as the tomb of Agamemnon. Explore Argos, one of the oldest continuously inhabited cities in the world (for 7.000 years). The most important monuments of Argos include the Ancient Theater, Agora, Hellenic Pyramid and the Heraion. Take a tour to Epidaurus to see the Great Theatre and Sanctuary of Asclepius. Do not miss Ligourio offering fifty churches and chapel, walls of ancient Lissa, the Mycenaean bridge, the Ligourio pyramid. 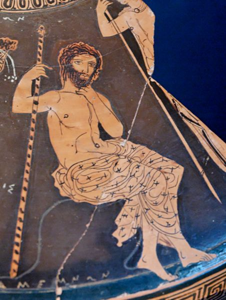 According to mythology, Nafplio was named after Nauplius, the founder of the city, who was son of Poseidon and Amymone. Nafplio was also the birthplace of Palamedes, the local mythical hero of the Trojan War, who supposedly invented weights and measures and invented the Greek alphabet.

Palamedes was killed in the Trojan War by his fellow Greeks, as a result of Odysseus' treachery. Nauplius went to Troy to demand justice for the death of his son, but met with no success. Consequently, Nauplius sought revenge against King Agamemnon and the other Greek leaders. He caused many shipwrecks of heroes returning from War. Nauplius also somehow induced the wives of three of the Greek commanders to be unfaithful to their husbands, including Agamemnon's wife Clytemnestra

The mythical founder of Mycenae is Perseus, son of Zeus and Dana, daughter of Akrisios, king of Argos. Perseus named the new city Mycenae after the pommel (mykes) of his sword, which fell there, or after the Persia spring, discovered there under the root of a mushroom (mykes). According to the myth, Perseus’s descendants reigned at Mycenae for three generations. After the last of them, Eurystheas, died childless, the Mycenaean chose Atreus, son of Pelops, father of Agamemnon and Menelaus, as their king.

Mycenae became the kingdom of the legendary Agamemnon, ruler of the Greeks in the Trojan War. After Helen was taken from Sparta to Troy, her husband, Menelaus, asked his brother Agamemnon for help. Greek forces gathered at Aulis. However, consistently weak winds prevented the fleet from sailing on the ocean. Through a subplot involving the gods and omens, the priest Calchas said the winds would be favorable if Agamemnon sacrificed his daughter Iphigenia to the goddess Artemis. Agamemnon persuaded his wife Clytemnestra to send Iphigenia to him, telling her he was going to marry her to Achilles. When Iphigenia arrived at Aulis, she was sacrificed, the winds turned, and the troops set sail for Troy. The Trojan War lasted ten years. Clytemnestra and her lover Aegisthus killed Agamemnon upon returning and his concubine, the Trojan princess Cassandra.

Then Aegisthus replaced Agamemnon as king and ruled for seven years with Clytemnestra as his queen. They had three children: a son Aletes, and daughters Erigone and Helen. Clytemnestra was eventually killed by Orestes, her son by Agamemnon. 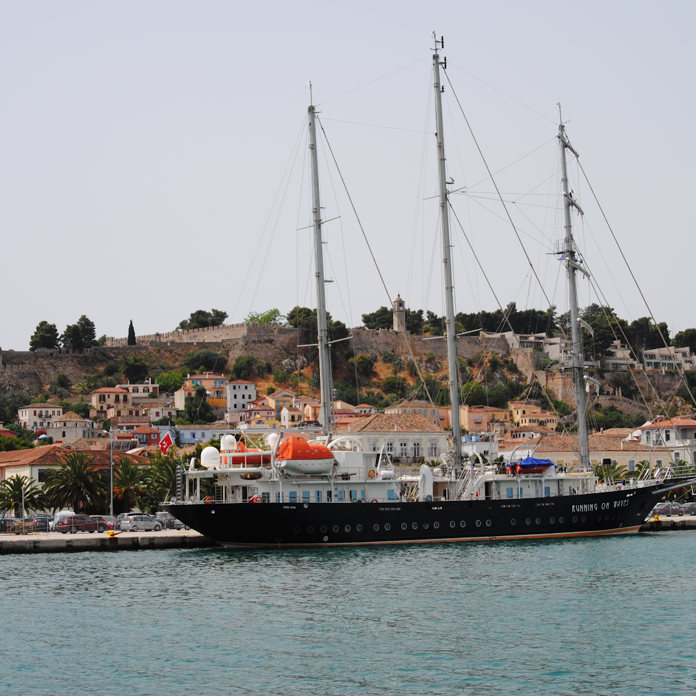 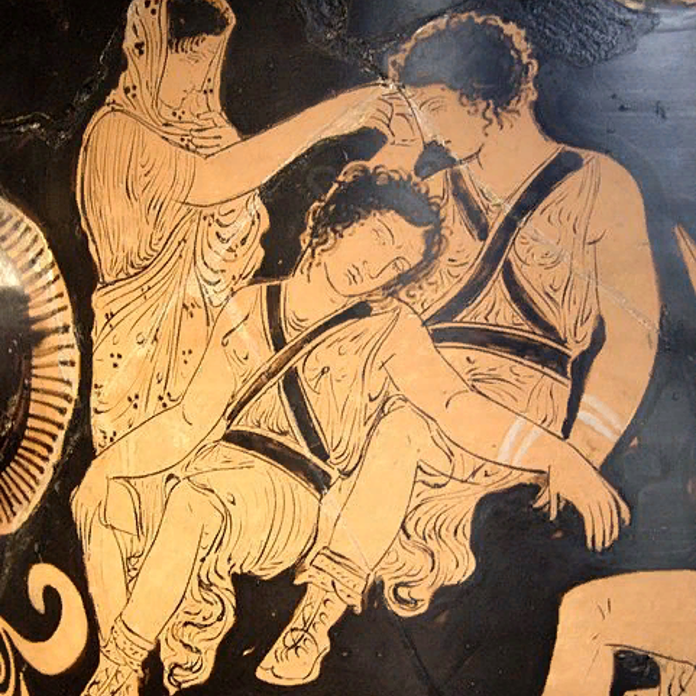