Go round the capital town Pothia through its narrow alleys past old churches and traditional houses with colorful doors and wooden balconies.

Climb up alongside 3 stone windmills to the summit where the Castle of Chrisoheria stands. It protected the island from pirates in 14-16 centuries.

Cross to the nearby hill to reach the Monastery of Agios Savvas with a red dome. You can view the entire town  from here.

Swim 800 meters by boat or even by yourself to a tiny island of Telendos, which is utterly peaceful, rocky, hides many caves and has just very few buildings.

Buy a sponge on the Sponge Factory. Natural sponge is not easy to get nowadays due to the outbreak of a disease which has decimated sponge crops. Sponge diving appeared in 19th century and dangerous at first with no equipment but a harpoon. But "Kalymnian gold” enriched locals.

View the remnants of Apollo Delian temple which are now serving as a part of the old church of Christ in Jerusalem.

Discover some of the numerous caves:

Get into the heart of Kalymnos – Horio, the old capital of the island.

Visit even older capital – Argos, named after people of Argos from Peloponnes who stayed here after the Trojan War.

Hike along traditional villages of Massouri, Myrties and Panormos to behold verdant landscapes with myrtle bushes and mountains, and try delicious fish in a local tavern.

Aim here for rock-climbing. Kalymnos is one of the world’s top climbing destinations due to wild topography and rocky terrain. There are more than 3000 climbing routes, made of Limestone of excellent quality for climbing, easily accessible, marked by difficulty level, fully equipped and totally safe. Join a yearly Climbing festival and a Climbing club.

Unwind on the beaches. Massouri is the most popular.

Savour local honey made purely of wild thyme, growing in mountains. Try local specialties: spinialo, a seafood specialty of the island, and kakavia, a type of fish soup. 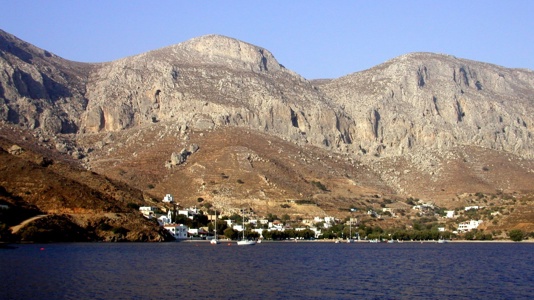 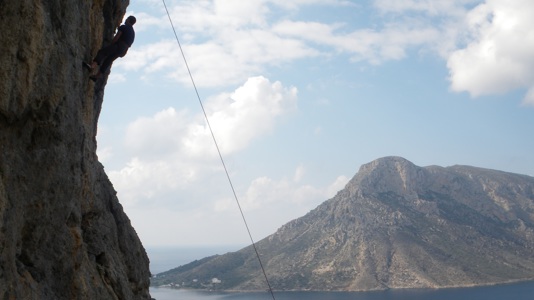 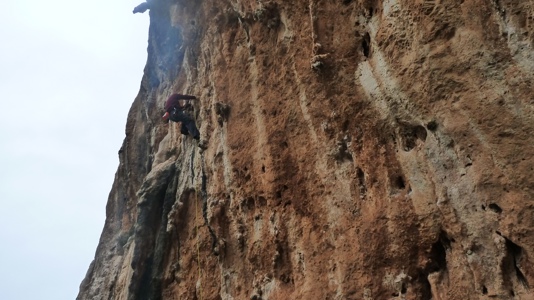 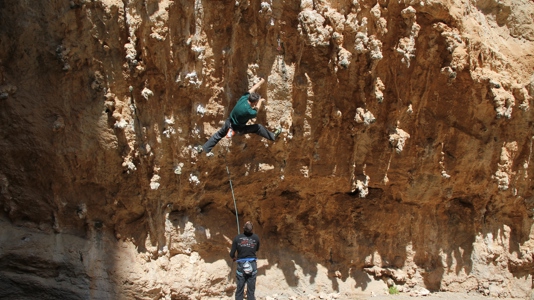 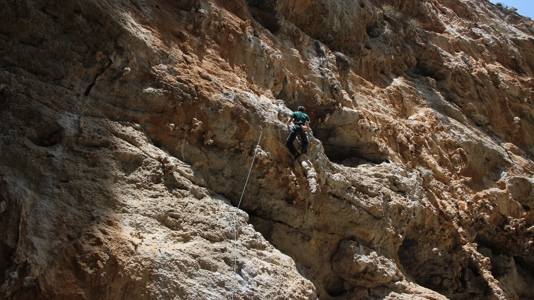 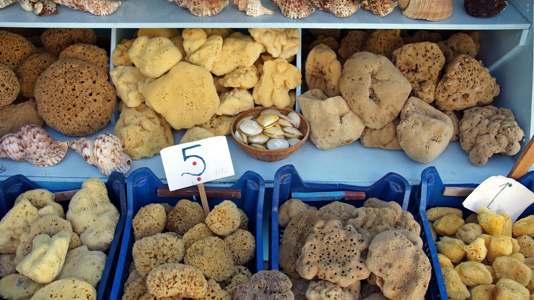 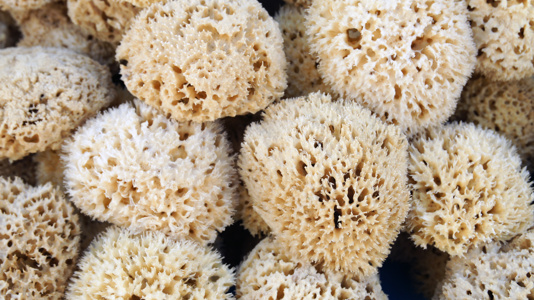 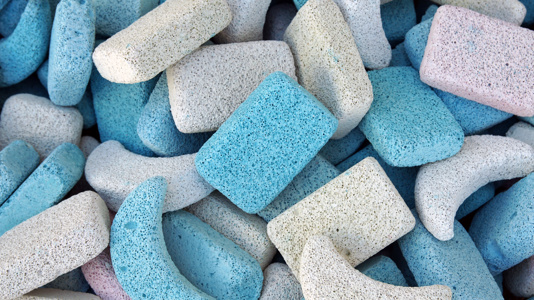 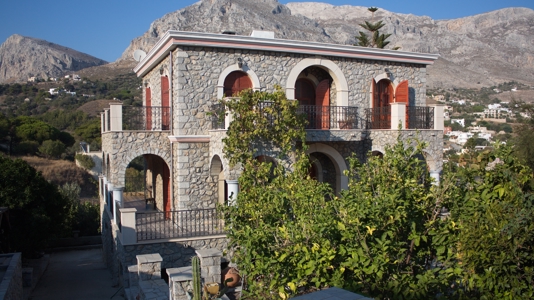 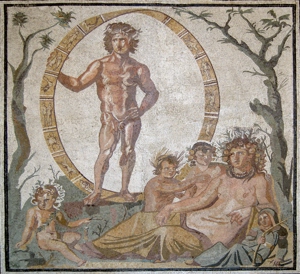 According to mythology, titan Kalydnos was a son of Ouranos (Sky) and Gaia (Earth). His father flung him into the sea but he landed on his mother's bosom and rose from the sea to become a group of islands named Kalydnai. The name probably derives from the words καλός (kalos=good, nice) and ύδνα (ydna=water)
Islanders participated in the Trojan War by sending 30 ships, with Feidippos and Antifanos as leaders.
Ships of Agamemnon wrecked off the island during their homecoming after the Trojan war. Their crew built a settlement on Kalymnos and named it Argos as their homeland.