Delphi is the main goal of sailing to Itea’s port. Delphi is the ancient sanctuary that grew rich and greatly influential as the seat of Pythia, the oracle who was consulted about important decisions throughout the ancient world.

When in Delphi, imagine yourself in 4th century BC following the sacred path to Apollo temple.

Arriving to Itea port – it’s where Apollo carried first Dephi priests. He took a shape of a dolphin and showed them the way. So maybe Delphi took its name after Apollo Delphinios. Another version is that Delphi comes from delphys (womb), indicating archaic veneration of Gaia at the site.

Imagine buying souvenirs or offerings for oracles in Stoa,

Gazing at the ancient sanctuaries and exposition of statues. The Trojan horse stood among them – Argos offering,

Passing Omphalos – the "navel of the earth" according to ancient Greeks. Zeus located the center of the earth by launching two eagles simultaneously from the two ends of the world. The place where they crossed their paths Zeus marked with Omphalos. The same stone that Rhea wrapped in swaddling clothes, pretending it was Zeus, in order to deceive Cronus. This stone serpent Pytho was guarding when Apollo killed it. Python’s body fell into the cleft and sacred fumes were arising from its decomposing body. Pytho was the son of Gaia. She forced Apollo to fly and spend eight years in menial service before he could return forgiven.

Imagine washing and quenching the thirst in sacred Castalian spring. Pythia and the priests cleansed themselves in the spring before the oracle-giving process. Poets regarded it as a source of poetic inspiration. In some versions Pytho was guarding not the Omphalos, but this spring.

Watching priests performing a ritual on The Halo,

Strolling past the Stoa of the Athenians, the pillar topped with the Sphinx of Naxos,

Passing the Sibyl rock. Sibyl was the first soothsayer who delivered her prophecies from that rock. It was she who predicted Trojan fall.

Imagine stopping at the altar of the Chians made entirely of black marble,

Getting to the heart of Delphi - the Temple of Apollo where Pythia gave oracles. The temple stood above the opening in the earth (the "chasm") where the Pytho fell into. Pythia sat on a tripod over the "chasm". Inhaling hallucinogenic vapors and chewing laurel (Oleander) she would fall into a trance and prophesied.

Unwind at a festival in the large theatre for 5000 spectators,

Cheering athletes of the Pythian Games on the Stadium. Pythian Games are one of the four Panhellenic Games, precursors of the Modern Olympics,

Betting on political leaders, such as tyrant Hieron and Syracuse competing with their chariots in the Pythian games on the Hippodrome.

Watch athletes trainings in Gymnasiums. Gymnasiums had the stoa, gyms, a pool and magical power baths on the lower floor.

Imagine shouldering through prayers near the Tholos at the sanctuary of Athena Pronoia and altars of Zeus, Athena, Hygieia (the goddess of health) and Eileithyia (goddess of childbirth). 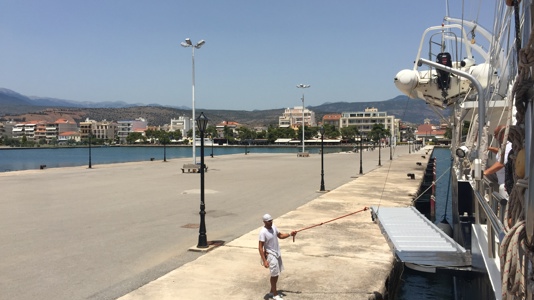 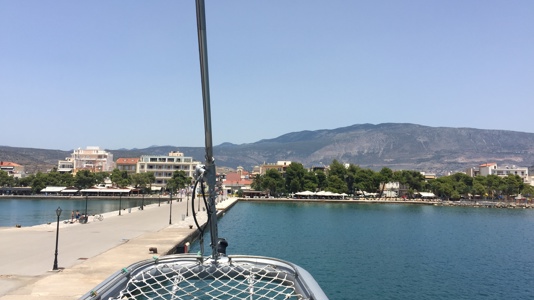 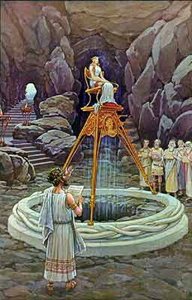 Delphi was created by Apollo. Here he slayed a giant serpent Pytho and threw him into the cleft. High priestess and oracle of the Temple of Apollo Pythia was inhaling fumes from the decomposing Pytho’s body over the cleft to give her mind to Apollo and speak his words.