Epidaurus is a cradle of ancient Greek drama and medicine. It is renowned for the abundance and high density of historical artifacts. 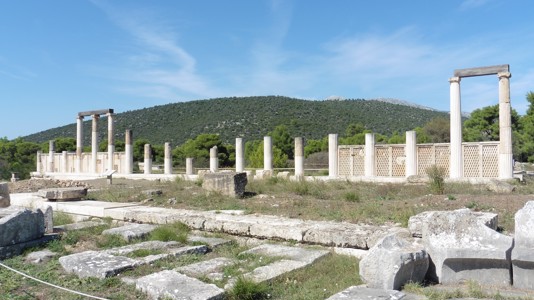 The city was founded by Epidaurus. His parentage varies from one local version of the myth to another: the Argive version gives him as the son of Argus (himself son of Zeus), people of Elis believed him to be a son of Pelops; finally, the Epidaurians themselves considered him to be a son of Apollo.

Epidaurus is also the birthplace of Asclepius. Asclepios was a Divine Healer, he got his knowledge from his father, god Apollo, and centaur Chiron. It is also said that a snake taught him secret knowledge in return for some kindness. Asclepius had several children, including Hygeia, Panacea, Machaon and Podalirius, who became healers also. The king of gods Zeus killed Asclepius so he would not teach humans the art of resurrection.