Mountain gorges, some of the best beaches in the world, and oldest historical sites in Greece 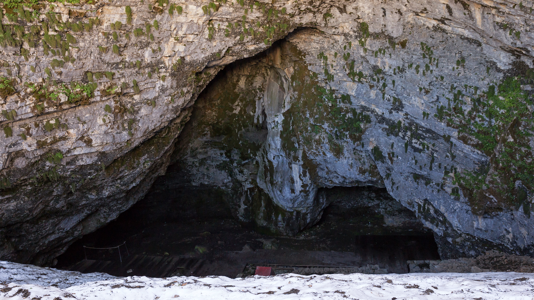 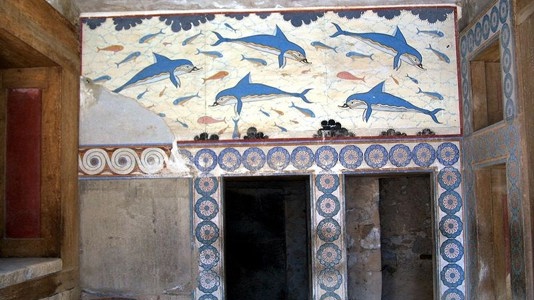 Zeus was one of the children of titans Cronus and Rhea. Cronus learned at some point that he was destined to be overcome by his own son as he had overthrown his own father. Rhea gave birth to Zeus in Crete, handing Cronus a rock wrapped in swaddling clothes, which he promptly swallowed just like his other children.

Daedalus, was a resourceful and very talented Athenian artist and inventor, serving beside king Minos of Crete. Minos assigned the ingenious tradesman with the construction of the Palace of Knossos and the legendary Labyrinth of the Minotaur. Daedalus, and his son CIarus, had to flee Crete, because he helped Thesseus to escape the Labyrinth after slaying the Minotaur, by using wings made of bird feathers, wood and wax. Icarus flew too far above and wax on his wings melted and he fell down into the sea.

Zeus brought Europa, the beautiful daughter of king of Phoenicia, Agenor, to Crete, where she gave birth to future kings of Crete Minos and Radamanthys.

Talos was the mythical guard of Crete. He was an anthropomorphic giant automaton with a copper body. He is regarded as the first robot in ancient mythology. Talos was the vigilant guard of Crete, circling the island's shores three times daily, in order to protect it from enemies.

According to one version, the God of Fire and Iron, Hephaestus (or Daedalus according to another version) created Talos and gave that to king of Knossos, Minos, so as to guard Crete. Another legend says Talos was the gift of Zeus to Europa. Europa, from her side, gave this present to her son Minos.

Once the son of Minos, Androgeos, took part in the Panathenean Games, in Athens, where he won some races. Some envious Athenian athletes killed Androgeos so as not to win the rest games. After learning the news, Minos declared war against Athens and defeated them. In retaliation for his son’s death, he forced them to send to Crete, every nine years, seven young men and seven young women to be devoured by the Minotaur. The young people were thrown into the dark labyrinth, where they wandered aimlessly until Minotaur would find and kill them.

The son of the king of Athens Aegeas, Theseus, could not bear this humiliation and asked to be one of the people (on the third time) that would try to kill the Minotaur in the dark maze. So, he arrived in Crete, where he met the daughter of Minos, Ariadne, with who he fell in love. Ariadne gave him a ball of thread (known as Ariadne's thread) and advised him to tie its edge of the entrance of the labyrinth, so that then, after killing the Minotaur, he could find the exit.

Idomeneus or Idomeneo, son of Deucalion and grandson of king Minos, was a king of Crete who took part with his friend and associate Meriones in the Trojan War.