Start from the capital – Hora (that’s how many Greek islands capitals are called), a medieval settlement with whitewashed houses and stone windmills amongst the labyrinthine alleys. Ascend to the 13th century Venetian Castle. Learn the history of Amorgos in the Archaeological Museum, housed in the 16th century Tower of Gavras. View the remnants of the acropolis, defensive walls, Gymnasium, sanctuary and a temple in the Archaeological Site of Minoa. Pass the challenging route to the 11th century Monastery of Panagia Hozoviotissa built into the face of a cliff above the beach of Agia Anna.

Swim around the Olympia shipwreck in the Bay of Liveros. Swim or dive in two underwater caves near Mouros beach. Swim in clear waters of the sea that gave the name to the movie “The Big Blue” by Luc Besson. The best Amorgos beaches are:

Take excursion boats to deserted isles of pristine natural beauty -  Nikouria and Gramvousa. Hike to the Village of Asfondylitis, a monument of rural architecture, with deserted stone houses, paintings on the carved rocks and church of Agios Nikolaos. Visit the Church of Agios Giannis Theologos, the oldest monastery of Amorgos, where according to a legend, the church was built from a seaman who made a solemn promise for his ship to be saved. Enjoy the view of Aegiali  Gulf from the cavernous chapel of Agia Triada. Visit the Chapel of Agia Anna, built on a rock in pure traditional Cycladic style. Explore the northern side that belongs to  protected areas of Natura 2000 from Aegiali village - a true specimen of the Cycladic architecture and the nightlife spot of Amorgos. Dive into the cavern of Nikouria Isle, shipwreck of Manina Three, reef of Gramvonisi Isle, Aegiali Bay, Deep Blue Wall, caves of Sparti and the Old Mines.

Pass through one of the most beautiful hiking routes - Palea Strata that starts from Hora and passes through the Monastery of Hozoviotissa, the villages of Kapsala, Asfondylitis and Potamos and leads to the bay of Aegiali. Observe stars in the dark, and not the daylight polluted sky, through telescopes at Tholaria village. Treat yourself in delicious taverns of Arkesini, one of the oldest settlements of Amorgos. Have shots of homemade “rakomelo”, a local alcoholic beverage and taste local delicacies, such as “ladotyri” (local cheese), “xerotigana” (fried pies) and “patatato” (goat meat with potatoes). 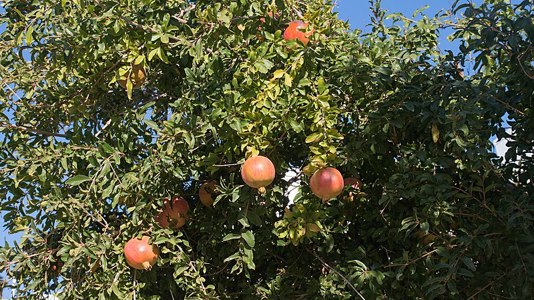 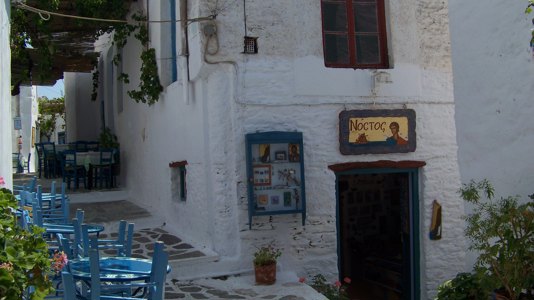 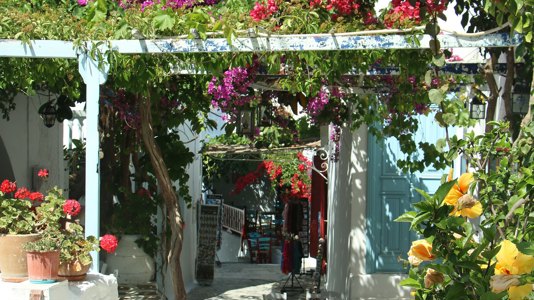 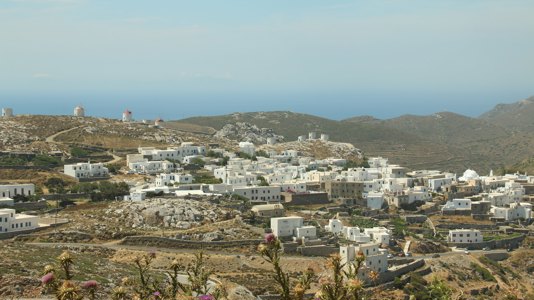 According to mythology, the Minoans founded the city of Minoa on the island of Amorgos during the Minoan period. It is believed that King Minos ruled the island. He was the son of Zeus and Europa, reigned over Crete and the islands of the Aegean Sea three generations before the Trojan War. He was the author of the Cretan constitution and the founder of its naval supremacy. In revenge for the death of his son Androgeus during a riot, every nine years, Minos made King Aegeus pick seven young boys and seven young girls to be sent to Daedalus's creation, the labyrinth, to be eaten by the Minotaur. After his death, Minos became a judge of the dead in the underworld.

In antiquity, Amorgos was famous for the Hydromanteion of Apollo that was located on the present location of the Church of Agios Georgios Valsamitis.

A legend says that the name of the island derives from amorgos, a rare healing herb growing in the mountains of Amorgos.