Opportunity to visit an additional country within a cruise or charter. The resort city of Albania, its mini Riviera. Lengthy seaside streets bustling with nightlife and northern Corfu straits on the horizon. 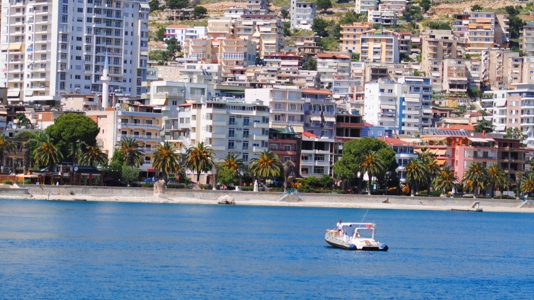 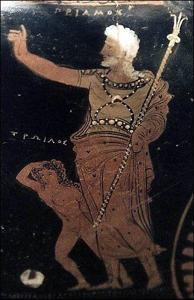 Saranda is said to get its name from the Byzantine monastery of the Agios Saranda, meaning the "Forty Saints", in honor of the Forty Martyrs of Sebaste.

According to Greek mythology, Butrint, now a national park and heritage site near the border, was founded by the son of King Priam of Troy, Helenus. The prince took a trip with the aim to invade western lands and after a while he landed in Corfu Island and there he decided to sacrifice a bull to honor Apollo. The bull got injured and ran away. At the place where it stopped Helenus built a small city in miniature, similar to Troyes and named it “Vouthrotos” which in the ancient Greek means “wounded bull”.

Once upon a time a sudden burst of wind, never seen before, hit the coast of nowadays Saranda and a giant snake came out of the sea. The snake slithered around the era devouring animals, farmers and destroyed their crops.

But one old man took a donkey and loaded sacks of straw on it and went near to a cave where the snake found shelter. The old man set fire to the straw as soon as he noticed the snake approaching. The beast swallowed the donkey that continued to burn inside his body. The snake in agony crossed the mountain where he left his trace and upon reaching the place where the Blue Eye spring is now found, his big eye fell and water overflowed the land surface and still today, the giant snake’s blue eye continues to cry. The serpent was an important symbol of the ancient Illyrians. Other versions of the legend mention a dragon. Engravings of dragons, eagles, lions and other mythological creatures are still preserved in the walls of Mesopotam Monastery.

Butrint hosts a tomb of Medea, Jason’s wife. Butrint holds also the rare fame of being the city where various kings of the ancient civilizations met their defeat. Butrint is where King Philip V of Macedonia met his defeat at the hands of the Romans during the famous Roma –Macedonia War in 168 BC. Butrint was the theater of civil wars involving Julius Caesar, Cleopatra, Augustus and Pompey.

Legend has it that the inhabitants of the ancient Saranda were the descendants of the Greek hero, Achilles.

Haxhi Ali cave holds a more modern story. It is said that a prominent warrior and seaman named Haxhi Ali fled with his son in this cave. From there they attacked the pirates of the sea and cooperating with the shepherds defended merchants and travelers crossing them.