The ancient city of Durres is the second largest city in Albania and its main port. Founded by Greek colonists, the city was known across the ancient world as Epidamnos or Dyrrachium. It was an important city both for Greek and Roman Empires and the ones that came after them as well due to strategically beneficial location. Impressive and rich history, amazing lively beaches, ancient amphitheater and attract many tourists all across the world. Come to Durres and revel in its Mediterranean charm.

Visit the second largest Roman amphitheater of Balkans, Durres Amphitheatre and breathe in the legacy of ancient empires. The amphitheater was built by Romans in the 2nd century AD. Don’t forget to visit a small chapel inside and gaze at the medieval Christian mosaics and frescos. Take a look at the collection of Greek and Roman artefacts of the Durres Archaelogical Museum, the largest museum of archeology in Albania. The most famous artefacts are busts of Venus, the most beloved of the goddesses in the area during the ancient Greek period. Visit the Venetian Tower at the city fortification walls built in the 5th century and enjoy the views at the trendy bar inside. The tower was built during the Venetian period of Durres in the 15th century. Wander around the center of Durres and see the forum and the Roman baths, the City Hall and Old Byzantine market at the Bulevardi Dyrrah. Enjoy the breeze while walking down to Ventus Harbor hotel and have a dinner with a great view. Walk up to King Zog’s palace and the lighthouse and enjoy the most amazing marine views. Go south and enjoy the sun and blue marine views at the most popular beach in Albania with its golden sands. Take a ride to the ancient and charming town of Berat, known in Albania under the name of “The City of a Thousand Windows” and “The City of Two Thousand Steps” and enjoy its peaceful atmosphere. Take a look at the several murals made by the most famous Albanian medieval painter Onufri at the Onufri Museum. Marvel at the town castle and many Ottoman mosques and learn about the traditional lifestyle at the Ethnographic Museum of Berat.

Try traditional Albanian byrek pie with spinach, meat or cheese at one of the corner stores at the junction of Sheshi Nako Spiru. Try traditional sufllacqce wrap with chicken, crisps, salad and garlic sauce at Chicken House. Have a dinner at the modern restaurant built within the old city walks – Portiku Wine Bar and Bistro. Or head to an Albanian farm Pema e Jetes and enjoy traditional Albanian dishes made of the freshest local ingredients. 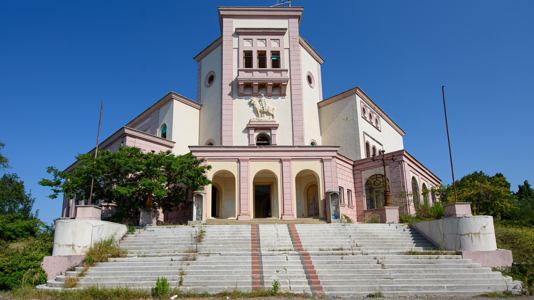 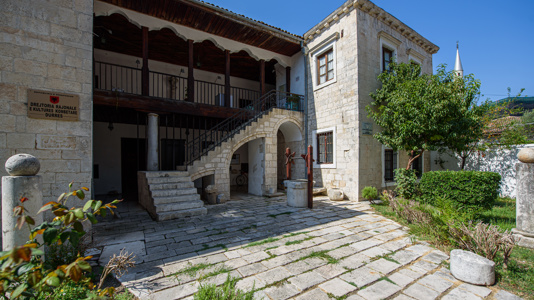 The most famous myth about Durres is mentioned by the great ancient Greek historian, Appian of Alexandria. The legend says that a barbarian king Epidamn has built a town and named it after himself. His nephew Dyrrah then built a harbor nearby and started war on his brothers and nephews who had claimed the city for themselves. Dyrrah called Hercules to help him. In the end, Dyrrah won, but his own son was killed in the battle.

There is another famous legend about Berat. Once upon a time there lived a very beautiful lady named Osumi. One day two brothers met her separately and both fell in love with her. Osumi couldn’t pick any of them and decided to tell them the sad truth. The brothers were so angry that started a war against each other. Both died and the gods decided to punish them and turned them both into mountains. When Osumi learned about it, she sat on her knees and cried so much that she had drowned in her own tears. The gods turned her into a river that still flows in Berat.